A LOT has been going on since my last update.

The cutest by far is that my sister Sharon and I were immortalized in cartoon form by Elizabeth Leiba and Louis Ceaser IV!! Liz invited us to be guests on her Ebony Media podcast Black Power Moves a little while back, and we had a great conversation!! She asked the uber-talented Louis to make an episode promo, and voilà!  Toon in to the episode!!

To be honest though, the last few months have been busy–and quite challenging too.

Mercury has simultaneously been in retrograde, Gatorade, haterade, and microbraids. Want proof? Here you go: 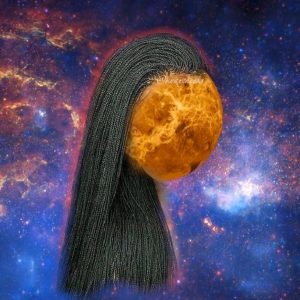 But seriously. Since my last roundup post things have been…weird.

Speaking of celebrating: quite a few great things have happened in the last few months. Here’s a rundown:

TBH I still can’t quite believe that I’m on TV for real, for real!! Lol! But I am, and things are progressing great! The best part about it is getting to meet some of my sheroes IRL. Sheroes, you say? Why yes! 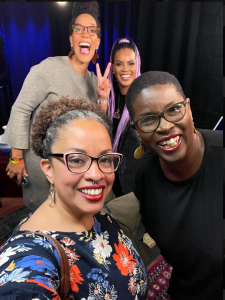 While you’re waiting for those episodes to drop, catch up on last season’s awesomeness, featuring Ashanti Martin, Ellen Wagner, and my sister Sharon Hurley Hall, whose episode went live in July! 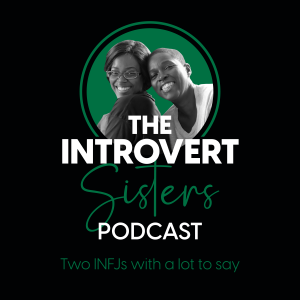 It’s very long overdue, but 2 plus years after launching The Introvert Sisters podcast, we finally got an official logo!! Better late than never, right? We’re super happy with it, and very grateful to the folks at Dragonfly Editorial for gifting it to us. Lexy Nesbitt and Daniel Holstine: thank you!!

Check out the podcast – our new home is on Substack – and of course swing by Apple and leave us a review!

The Gods smiled on me, and I was once again featured in Forbes. I was interviewed by Janice Gassam Asare, Senior Contributor at Forbes, on the topic of the pay gap that Black women experience. On average, we are paid only 58 cents for every dollar paid to our white, non-Hispanic male counterparts. Honored to have been interviewed, and grateful for the opportunity to lend my voice to the discussion. Janice, thank you for the opportunity!

Whereas last quarter I posted (over and over) about Walmart and Juneteenth, this quarter the focus switched to basic LinkedIn etiquette. I wrote at length about Thirsty Tagging and Lazy Linking. Long story short: don’t do it. If you want to get caught up on the shenanigans, here you go:

And I was not alone. Even Queen Elizabeth (iykyk) weighed in a couple of times, to help explain why these extractive practices have to stop.

A few of my posts even went viral! That is always a surprise–a pleasant one. Take a read:

If looking at this list (and it’s only partial!! 😩) makes you exhausted, trust me…SAME!!! Something’s gotta give.

Last quarter I posted my roundup early, and as you can tell, this time around I’m late. And that is partly because I am overscheduled, overwrought, and overwhelmed. The year started out busy, and has continued in the same vein. This work, ALL OF WHICH is unremunerated, is too much for one person, especially for one person with no support system.

It’s at the point now where it is affecting my health.

I have therefore started saying “No.” more, and letting go of some of my side projects. I simply do not have the capacity to continue churning out content at this rate. My goal is to exist softly, and actually be able to enjoy my life. Thankfully, God has recently sent some people (angels) into my life who are helping me to get on the right track. Eternally grateful for their guidance. 🙏🏾

Wishing us all a successful 4th quarter, whatever that looks like to us. For me, it means doing less. See you in December for the last update of the year!