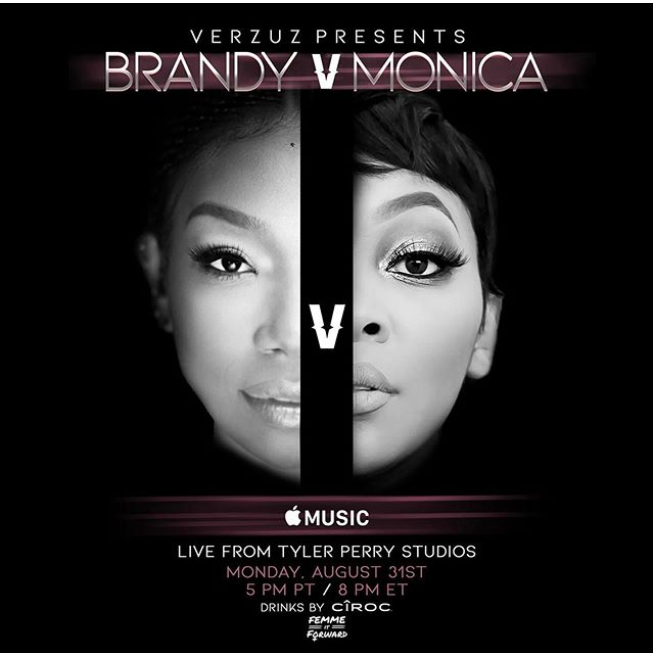 A week ago today, the Brandy/Monica Verzuz battle was in full swing. This was a showdown decades in the making, and we were all collectively overjoyed to have a front row seat. Since their classic 90s duet “The Boy is Mine,” the R&B/Pop megastars had been pitted against each other, so I’m sure that some fans (like me) tuned in just for the music, but many others tuned in hoping to catch some drama.

I’ve seen a few “think pieces” that have tried to once again stir up controversy about these two talented artists, describing a tension between them on that night that I simply did not see. Whatever might have taken place in the past, on this night I saw and heard mutual fangirling, admiration for each other’s talent, laughter, hugs, gentle teasing, and inside jokes. You know…like friends.

Do they have different personalities? Of course. Brandy appears to be more quirky and free-spirited. I definitely caught shades of Badu in her persona. Monica appears to be a tad more serious, but still warm and approachable. I didn’t see rivalry. I saw respect. I saw affection. I saw #blackgirlmagic unleashed without either trying to dull the other’s shine. I saw love. 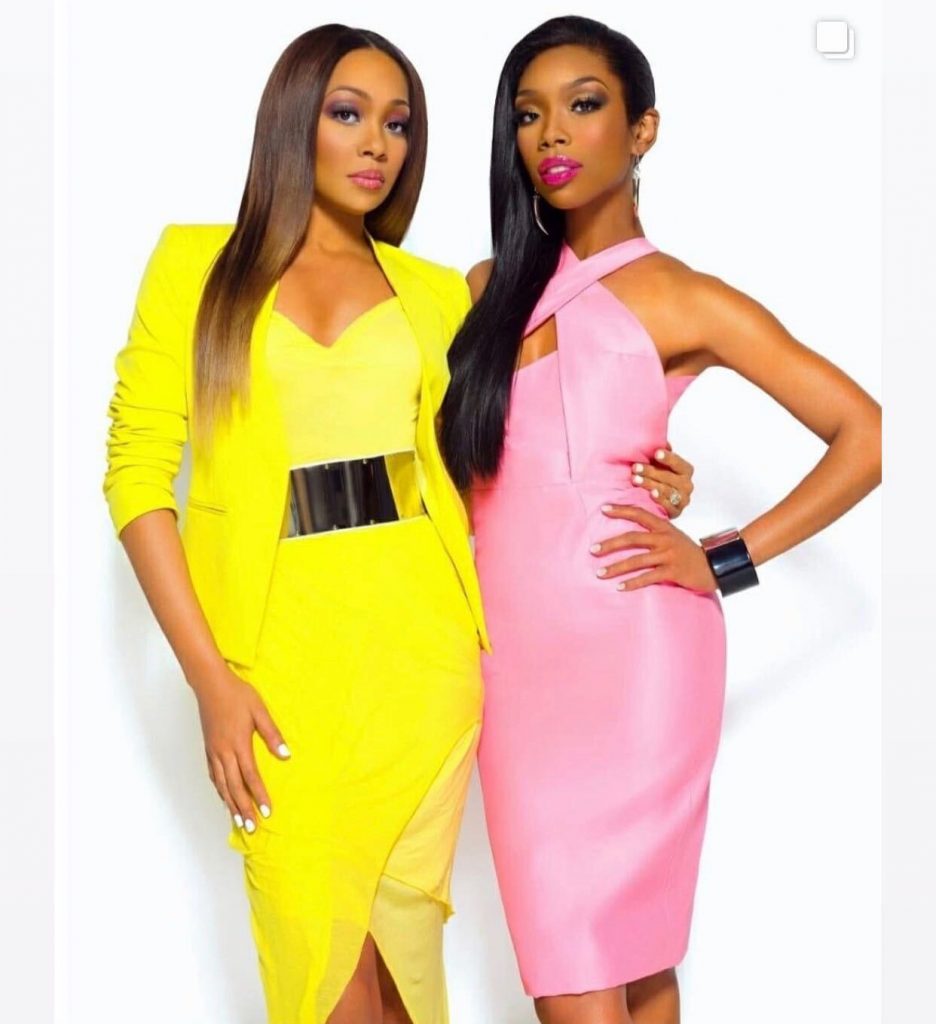 I’m 100% a Brandy stan and always have been. As Monica herself said: “Brandy’s tone is unmatched.” However, that doesn’t stop me from recognizing and appreciating Miss Thang’s powerhouse vocal ability. With the caveat that I enjoyed every second of the 3-hour, history-making event, these are my highlights:

Brandy starts out strong with “What About Us” vs. Monica’s “Everything to Me.” Imma call this one a tie. (Although jussst maybe, Brandy had the edge.)

Brandy plays the title track from her “Full Moon” album. Monica responds with “So Gone.” This was a hard one to call, but I think Monica might have had the edge here.

Both artists play their debut singles. Brandy leads off with “I Wanna Be Down” and Monica follows with “Don’t Take It Personal.” Brandy won this one easily, because hers is (IMHO) the stronger song.

This round gave us “Baby” from Brandy vs. “Like This and Like That” from Monica. “Baby” wins easily, BUT you gotta give Monica props because she recorded her track at age 12. Ok…let’s call this one a tie.

Paying homage to luminaries that we have lost, like Michael Jackson and Whitney Houston, Brandy plays “Missing You.” Monica plays “For You I Will.” I give Brandy the edge based on presentation, but tbh both songs are equally strong.

Monica plays “Before You Walk Out of My Life” vs. Brandy’s “Sittin’ Up In My Room.” Brandy might have won this round anyway, but name-checking Babyface and Biggie made her win undeniable.

This was one of my favorites of the entire night. Monica served up “Sideline Ho” vs. Brandy’s Put That on Everything.” Monica was the clear winner, giving us some back story, ad libbing over the track, and bantering back and forth with Brandy. She was feeling it, and we were feeling her.

The Boy Is Mine:

Of course, they ended with the classic that everybody wanted to hear. “The Boy is Mine” is the all-time #1 female duet in US chart history and is one of those songs that never gets old. One of the sweetest moments of the battle came when Brandy introduced the track, explaining why she “hunted Monica down” to get her to sing it:

“Your catalog…your voice…is the reason why I made the call: “The Boy Is Mine.” It was missing something…it was missing you. And I felt like what you brought to the song, it just took it to a different place.”

It was lovely seeing them sing it together, relive the memories, and hug it out at the end. #BlackGirlMagic and #BlackJoy for the win.

Brandy came to play and Monica came to slay. Brandy’s um…interesting coat and white mules were a quirky, comfy choice. Monica rocked a fendi bustier and leather pants and looked like she was ready for the runway.

It was fascinating to hear how each songstress approaches being in the studio. Monica revealed that quite a few of her hits were “sing downs” ( I think that’s what she called them): She would feel the song, sing it, and it would be done in one or two takes. Brandy, an extreme perfectionist by her own admission, does take after take after take, trying to achieve technical perfection.

The ladies hinted a few times that a Brandy/Monica tour is in the making and (it has to be said) I wanna be down. In fact, I am down.

Most scorekeepers had Brandy as the winner, but to me, the culture was the winner. WE won.

More than 6 million tuned in to watch. Once again, the Verzuz effect proved to be a real thing. Take a look: 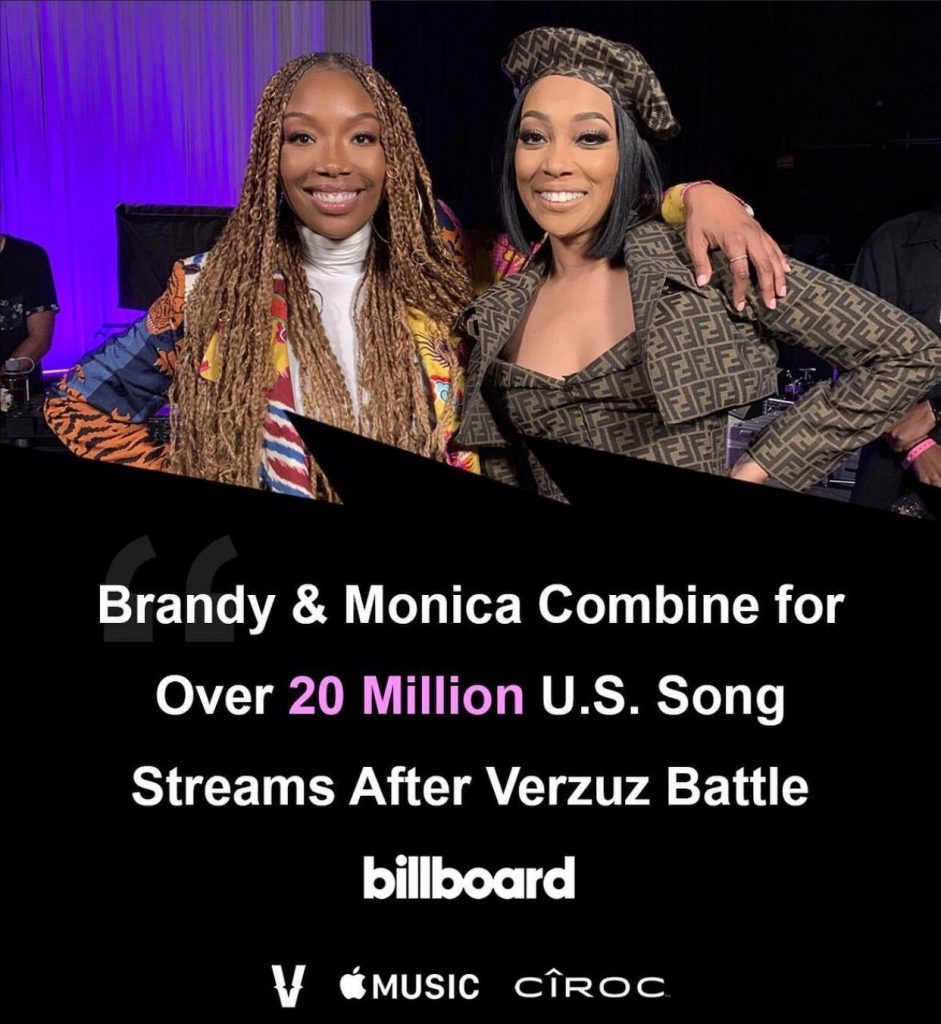 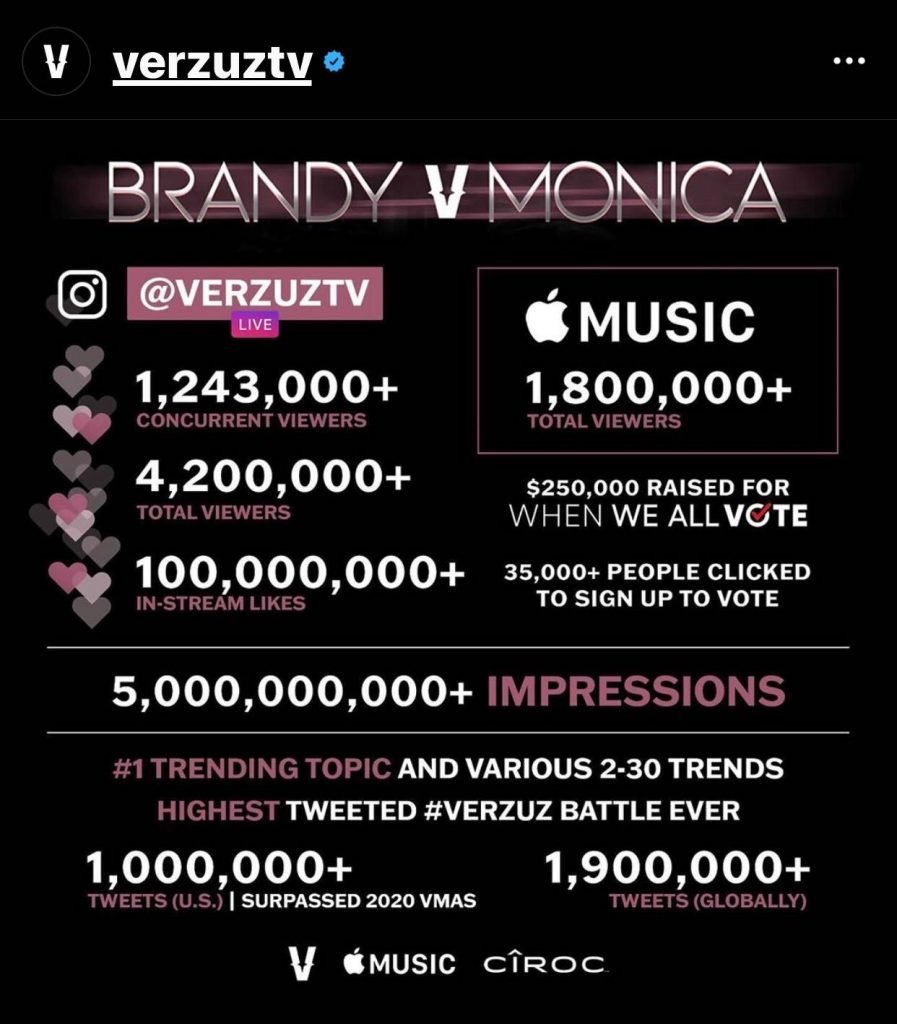 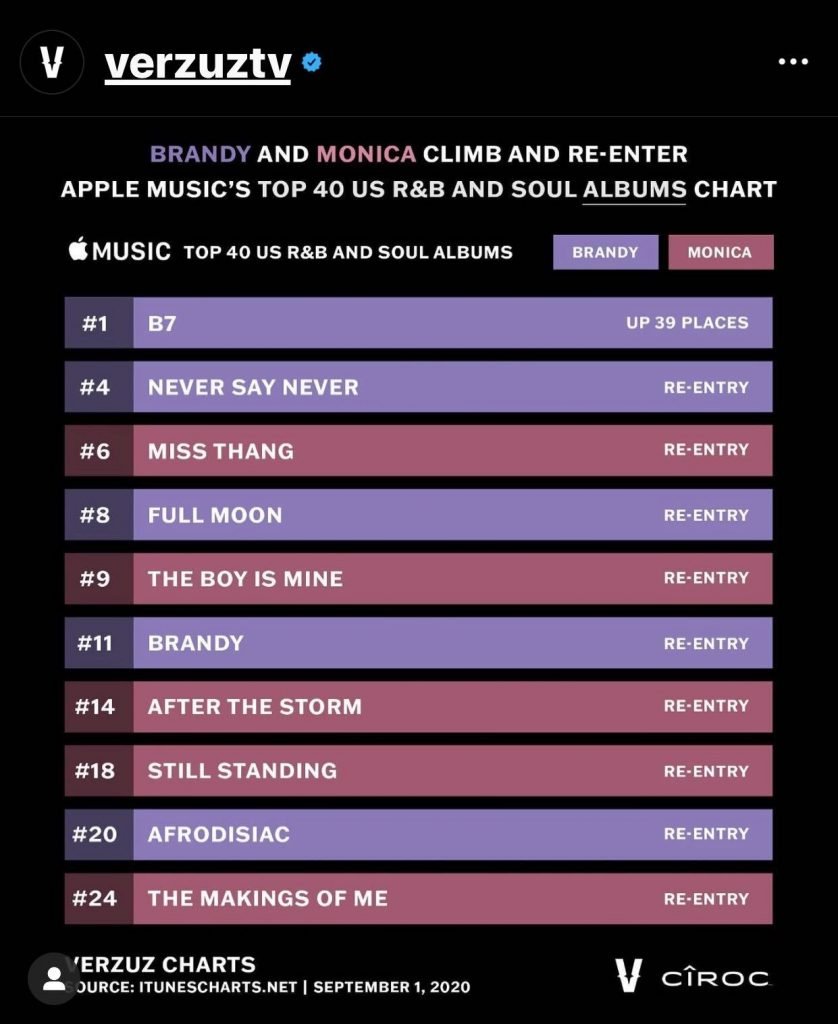 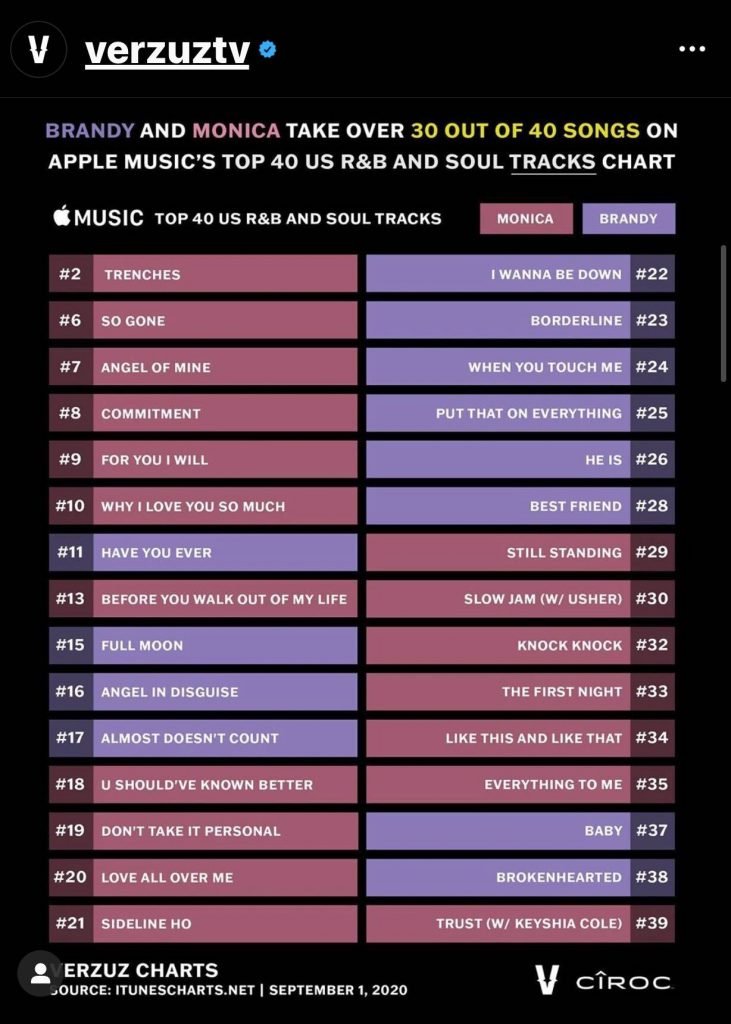