Stop performing allyship, ignoring intersectionality, and run us our coins.

“Happy” Black Women’s Equal Pay Day. Why the quotes? Because the situation is not a happy one at all.

I read a report by LeanIn.org about “The State of Black Women in Corporate America”, and the outlook, frankly, is bleak. To be honest, as I read it, I felt triggered. Every single statistic, example, and data point correlates to something I have personally experienced. So there’s that. The more I read, the more I remembered not only my own traumatic experiences, but also conversations with my Black (female) relatives, friends, and colleagues:

(Source: “The Gender Pay Gap for Black Women” by LeanIn.org.)

“The pay gap is not about a single paycheck. Over the course of the average Black woman’s career, the lost income adds up to almost a million dollars compared to white men.” —LeanIn.org 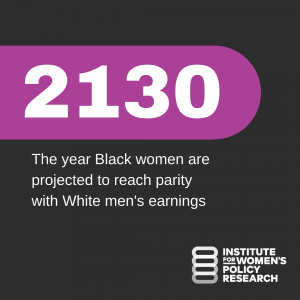 In addition to pay disparities, the entire experience of navigating corporate America is hostile and treacherous for Black women:

(Source: “The State of Black Women in Corporate America” by LeanIn.org.)

So that’s the lay of the land for us. Pay. Us. Pay us fairly and equitably. And for heaven’s sake stop preaching to us about how you pulled yourself up by your bootstraps. Our bootstraps, if they exist at all, were unravelled before we ever put our boots on in the first place.