Is it really a thing, especially for Black people? 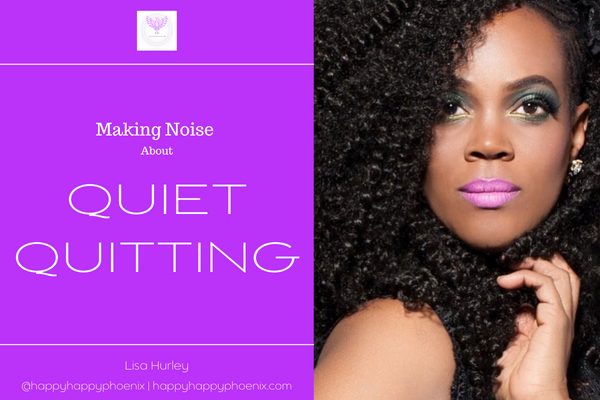 Once upon a time, I got fired for asking for help. I was overextended, under-resourced, and completely burned out. I sounded the SOS to the person to whom I reported. Instead of being supported, I was dismissed.

I also once lost my job after a white woman was racist towards me in front of others and was (surprisingly) made to apologize. She Karened, cried, leveraged her contacts, and I was left unemployed.

Some of you know that I was hit by a car a few years back. I took a couple of days off to try and recuperate because that is all that I could take at the time. When I returned to work, the person to whom I reported did not even inquire as to my well being, or suggest a slow ramp-up until I was back to full strength. Instead, they brought over a pile of folders, dumped them on my desk, and said snidely “This is everything that I’ve been taking care of since you’ve been out.”

At another company, I requested some time off for mental health reasons. Just a couple of days. The request was denied, and I was told that I needed to “be present at all meetings and ensure that nothing slips through the cracks.” They took time to emphasize, however, that they “prioritize the well-being of their employees.” Riiiight.

Over the course of my career I have moved from pet to threat. I’ve been micro-aggressed. I’ve been bullied, harassed, sidelined, underpaid, threatened, denied promotions, and at times treated as less than a human being. I’ve also had way too many people assault me by putting their hands in my hair.

I Know I’m Not Alone

None of this is unique or unusual. I’m pretty sure that a large percentage of my friends and connections of color have similar stories. Probably worse. Working while Black – working while marginalized – is an experience that is not for the faint of heart. (For more insight into the Black experience in corporate spaces, read Sharon Hurley Hall‘s  upcoming book “I’m Tired of Racism.”)

So I share these stories not to elicit sympathy, but to start a discussion about how disturbingly common this kind of mistreatment is, especially if one is Black or brown. Especially in these companies that boilerplately “put their people first,” and “care about diversity.”  They – and I cannot stress this enough – Do. Not. Care.

What I have shared exemplifies the kinds of experiences that so many of us go through every day at work. Different cast. Similar script.

And So, Here We Are…

As you can imagine, after these experiences (the ones where I actually kept my job 😑) my entire approach to work changed. Early in my career I was the “go above and beyond” person. I still kind of am, because it is a part of my personality. I can’t seem to help it. 😫 BUT in the spirit of strong boundaries and self-preservation I push back against my natural bent. I try my best to make my 9-5 exactly that. Now, I:

✅ Push back against unnecessary urgency.

✅ Dedicate time to my self, family, friends, and interests.

Because, as a reminder:

The same organizations and leaders that inflict mistreatment on their employees, and make ever more stringent demands of them are also:

❌ paying the rank and file the bare minimum.

❌ doubling down on the racial pay gap. (Black women earn 57 cents for every dollar a white, non-Hispanic man earns.)

❌ not providing useful benefits, such as health care.

❌ providing benefits, but making it almost impossible for employees to use them.

❌ guilting employees for taking their PTO.

❌ refusing to provide accommodations to employees who need them.

❌ laying off staff via email and Zoom.

❌ expecting the remaining employees to perform more work for the same pay.

❌ posting tear-filled selfies about how hard their life is–after they just laid off most of their workforce. 😑

Stop creating a culture of overwork as a baseline.

Which leads us to this:

“QUIET QUITTING” IS NOT A THING…

“Quiet quitting” is doing exactly what you were hired to do. You signed a contract, and it is perfectly acceptable to operate within the boundaries of that contract. Because rest assured, when the company is ready to lay you off with no notice, they will be referring to, and abiding by, that very same contract.

Doing what you were actually hired to do is not coasting, being lazy, phoning it in, or lacking ambition.

✅ “Quiet quitting” is having strong boundaries.

✅ “Quiet quitting” is having a healthy life-work balance.

✅ “Quiet quitting” is not letting yourself become burned out.

✅ “Quiet quitting” is putting yourself and your family first. As you should.

❌  Don’t fall for the gaslighting.

…ESPECIALLY NOT FOR BLACK PEOPLE

The truth is that for a lot of Black people, “quiet quitting” is not an option. Epigenetics is a real phenomenon, and the overseer gene is still strong in certain people. 👀 #IYKYK. We are always being watched. We are always being whipped into producing more, while others coast on by and enjoy the fruits of our labor. Black folks tend to be simultaneously invisible and hyper-visible; ignored and over-surveilled; last hired and first fired. So what is being framed as “doing the least” is not a possibility in our world. It is in our nature, and is often a necessity, to do the most.

We don’t get to “fail up.” We don’t get to tank entire companies and receive millions of dollars in funding thereafter. We are held to a higher standard. As Janelle Benjamin reveals in her excellent YouTube series, we typically have to work Twice As Hard to be perceived as half as valuable. So yeah…realistically, working to rule might not be an option for many of us. One small slip, real or not, and we’re perp walked out the door by one of our “we’re like a family” colleagues.

So do what is right for you and your situation. I am at a stage in my life and career where I am more inclined to speak up, opt out, and prioritize me. But in the past I have had to make compromises in order to keep my salary rolling in, so no judgements here.

To all the gurus, pundits, and companies railing against “quiet quitting,” you literally said the quiet part out loud.