How Companies Can Avoid Walmart’s Missteps and Do Better 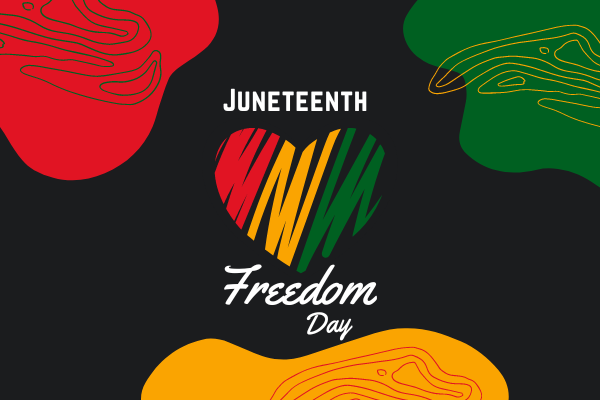 Unless you’ve been living under a rock, you would have noticed the noise made on Black Twitter and beyond when Walmart released their now infamous “Juneteenth Celebration Edition” red velvet ice cream. The entire interwebs went into an uproar. I joined the melée early on, posting in protest as soon as I saw the problematic packaging, design, and messaging, not to mention the bold-yet-surreptitious placement of the trademark symbol after the word Juneteenth.

But, what is the issue with a celebratory food you ask? On the face of it, nothing. But as we know, there are few things that don’t benefit from deeper exploration.

To understand why so many members of the Black community protested against the ice cream, let’s start with a synopsis of the history of Juneteenth, and why it is celebrated in the first place.

Juneteenth (a portmanteau of “June” and “nineteenth”) is a holiday that commemorates the emancipation of enslaved Black people in the United States. According to History.com, “Juneteenth…marks the day when federal troops arrived in Galveston, Texas in 1865 to take control of the state and ensure that all enslaved people be freed. The troops’ arrival came a full two and a half years after the signing of the Emancipation Proclamation. Juneteenth honors the end to slavery in the United States and is considered the longest-running African American holiday. On June 17, 2021, it officially became a federal holiday.” 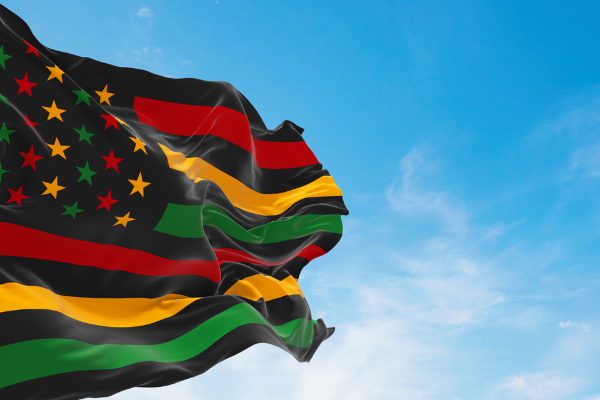 With this context in mind, here is why I, and so many others, protested. We objected to the product and campaign being:

Walmart’s Juneteenth “Celebration Edition” ice cream is what I term “Black Squares” activism. (Many of us remember the black squares that flooded social media in the summer of 2020, shortly after George Floyd’s murder). The thing about the black squares, and similar initiatives, is that they required minimal effort from so-called allies, and actually achieved nothing for the Black community.

As a part of the post-George Floyd racial reckoning, many of us in the Black community have been advocating for (among other things) reparations, and for legislation to support police reform. We have also been protesting to put an end to police brutality, voter suppression, and systemic racism. Instead, we have received empty gestures (aka Black Squares activism) such as colorful murals, BLM street signs, appropriated kente cloth, and now this year…ice cream. (Also deserving of a dishonorable mention in the performativity olympics is this year’s Juneteenth Watermelon Salad offered by the Children’s Museum of Indiana.)

The retailer essentially tried to present a purely capitalistic strategy as “supporting the culture,” but as of this writing no one has been able to uncover Walmart’s plans for investing the profits from the Juneteenth ice cream sales into the Black community. There is no cultural support to be found; in fact, quite the opposite.

Additionally, on the ice cream packaging, there is a trademark symbol after the word Juneteenth. That trademark application was filed mere months after Juneteenth was made a Federal holiday. So from the outset there was a plan for the ongoing exploitation and ownership of Black culture – which is created by Black human beings – for a holiday rooted in ending the ownership of Black human beings. It’s as if the hegemonic class wants to legally own our culture, since they can no longer legally own us. Fortunately, the trademark application has since been abandoned, but it should never have been filed in the first place.

In terms of why ice cream-gate was offensive, there are many reasons. However the biggest one for me is that they would never dare create holocaust-themed ice cream, because that is clearly inappropriate and insensitive. And make no mistake, the transatlantic slave trade was a holocaust.

Black culture deserves similar respect. Our culture deserves gravitas. Our greatest tragedy deserves to be handled tenderly. And our culture  – our people – should be in charge of how we choose to observe holidays of this kind. We need ownership and agency over our stories, culture, celebrations, and commemorations.

Speaking of which, there is a flip side: that maybe some Black people were looking forward to celebrating Juneteenth with cookouts and parties. That may be so—but I guarantee you that Walmart’s “It’s the freedom for me” napkins were not on anybody’s cookout shopping list.

A culturally competent company would have been aware that the color of red velvet cake partially represents the bloodshed of the enslaved people who were brutalized, tortured, and murdered during the 400 years of slavery.

In addition, the language on the packaging implied an active solidarity, a shared history and understanding, that simply does not exist between Walmart’s leadership and the Black community. “Our story”?? Whose??

Another nuance: including the ice cream as a part of the “Great Value” house brand inflicted an additional layer of harm. Many Black Americans’ ancestors were sold as chattel – as actual property – and were assigned a monetary value as “products.” The optics are therefore problematic.

The offense was assuming that we would buy any of it, literally or figuratively. We were not fooled.

To be honest, we know that some retailers will try it, and try us, in the future, but we hope that at least a few of them (and many of us) have learned that:

What Walmart Could Have Done (And Could Still Do)

Budget allocations matter. Donating to the cause is one way to respectfully and authentically honor Juneteenth. The goal is to invest in the community and culture rather than trying to extract and profit from it. Walmart could have made (and could still make) financial contributions to relevant businesses, charities, and organizations. A few examples are the ACLU, the NAACP, the SPLC (Southern Poverty Law Center), and The Innocence Project.

They could have publicly declared their support for the holiday, from an ideological standpoint. Then, if they still decided to go the capitalistic route, they could have put their marketing muscle behind Creamalicious, a Black-owned ice cream brand that was founded by Liz Rogers in 2013. The brand is actually stocked by the mega-chain, so that was a missed opportunity to truly support and elevate a Black entrepreneur. In fact, Walmart could have planned to partner with and promote more Black-owned brands in general.

Walmart could have positioned themselves as an active, rather than a performative ally, by giving Black employees the day off – fully paid – to observe the holiday as they choose. Release them from the burden of labor. Juneteenth is a commemoration of the end of a dark chapter in history, as well as celebration of Black freedom and independence, so the retailer could have given their employees the opportunity to independently enjoy some freedom, even if only for a day. (As of this writing, the company does not have a clear Juneteenth time off policy.) Any employees, such as shift workers, who might be unable to take the day off, could be paid at time and a half.

In addition to giving Black employees the day off fully paid, companies could also:

Schedule events and programming to honor the legacy and contribution of formerly enslaved Black people in the U.S. Provide culturally resonant educational resources both in-office and prominently placed on their websites such as documentaries, podcasts, lectures, books, to educate about the history and significance of Juneteenth.

Make it a paid day of volunteerism, and provide a list of events, activities, and even protests that their employees could participate in—and make sure that employees who take part particularly in protests, are not retaliated against.

Book and remunerate top-tier Black speakers, authors, activists, historians, and more, to come and address the staff. And please note: there is no pipeline problem. Black speakers exist, and are available. A simple way to find them is to leverage the Black Speakers Collection, which was created by Madison Butler to make it easy for organizations to find Black speakers who specialize in a multiplicity of disciplines.

Similarly, if your ERG leaders are helming your Juneteenth programming, pay them. Apart from anything else, remember what Juneteenth commemorates, and realize that the days of free labor are forever over.

As For Me And My House

I see Juneteenth as a multilayered holiday. It is simultaneously a day of commemoration, service, learning, reflection, rest, and celebration. How people choose to observe it depends on how each individual feels about the holiday and what resonates most with them. They can focus on one of those elements, some of them, or all of them. What we want to avoid doing is dictating how people recognize the holiday. It’s truly a personal choice. My preference is to disengage from the capitalist matrix, and rest. Because my ancestors were not allowed to. 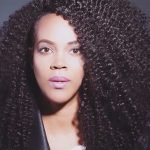 Lisa Hurley is a Barbadian writer, speaker, and activist whose work focuses on anti-racism, texturism, and destigmatizing introversion. She is also a passionate advocate for inclusion, equity, and gender equality. Ms. Hurley is the host & producer of Real Talk on Racism, co-host of The Introvert Sisters podcast, a member of the Black Speakers Collection, and a Contributing Writer for No White Saviors.

Ms. Hurley has been featured and quoted in Forbes, Essence, Fast Company, Business Africa Online, Teen Vogue, Elle, and on Ebony’s Black Power Moves podcast.  She has also been featured on the Nasdaq screen in Times Square New York, and honored as one of pocstock’s Future of Black America Top 50 Leaders.  Lisa is always interested in sharing meaningful conversations! Feel free to connect with her on social media.